Jeff has a large yard at his disposal. Naturally he needed to be in the one bit of it he’s not supposed to, so he wiggled under the netting into the vegetable patch.

At least he didn’t eat anything while he was in there.

Southern California has been subjected to a heat wave the last few days, with temperatures over 100 degrees F.

Jeff seems to enjoy this, and insists on being outside all day long. When he gets too warm he relocates to a bit of cement that’s always shaded.

Though it doesn’t look like it, he will get up when we bring him a bowl of ice water. 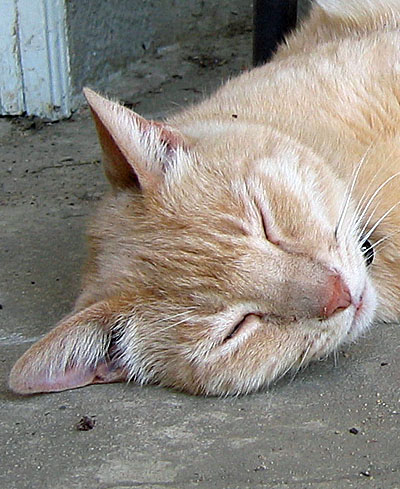 A pot of catnip grows in our kitchen window. 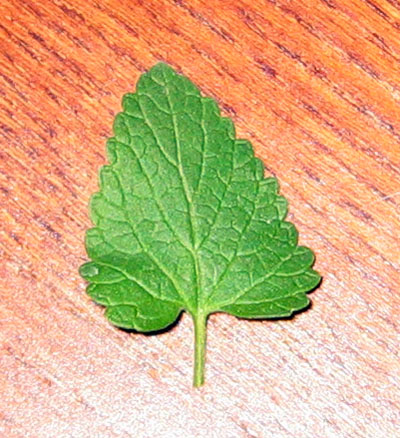 Jeff greatly enjoys the occasional leaf plucked from this pot. 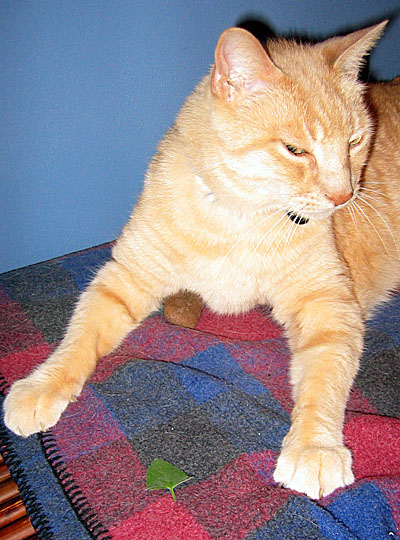 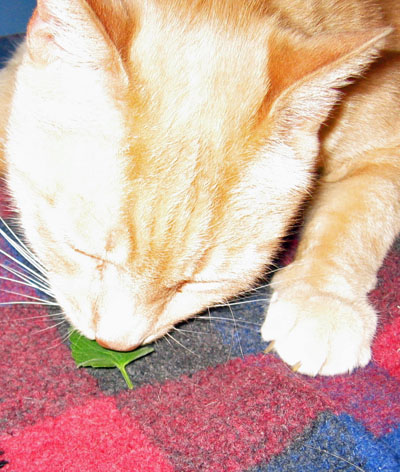 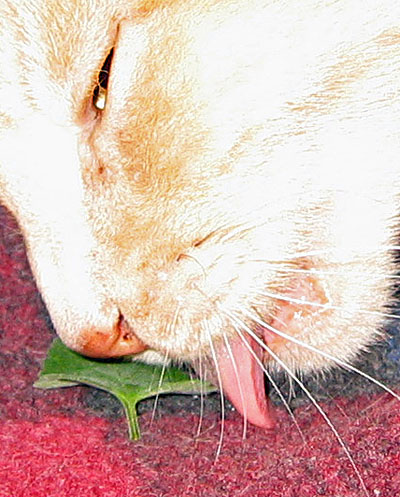 Jeff wonders where the hell his catnip went… 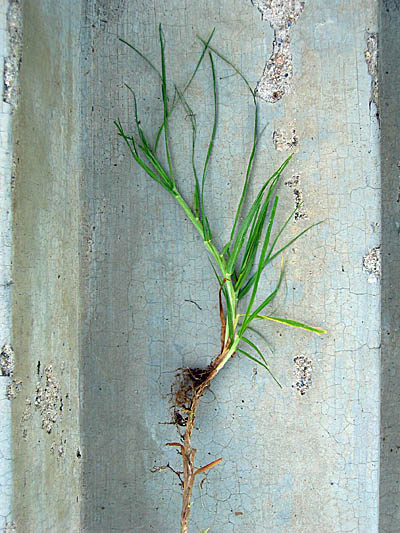 This is a bit of weed that was idly plucked from the lawn.

But if it’s waved around, Jeff will attempt to kill it just as if it were one of those infernal gophers. 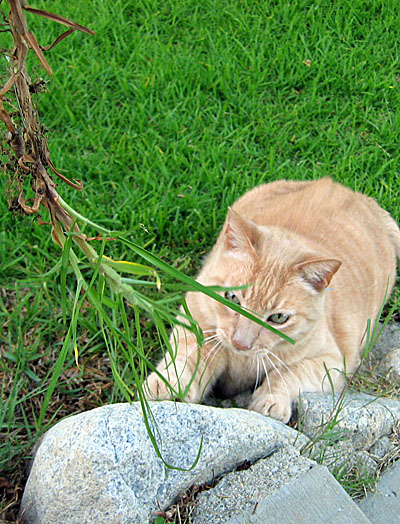 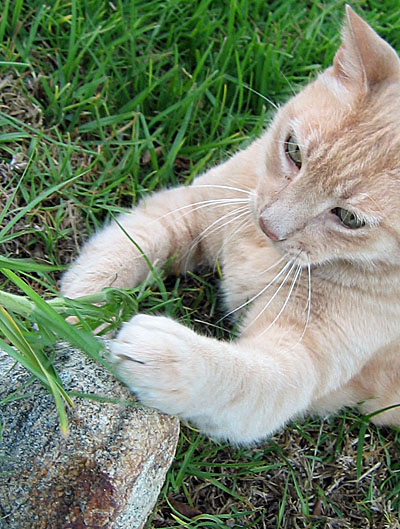 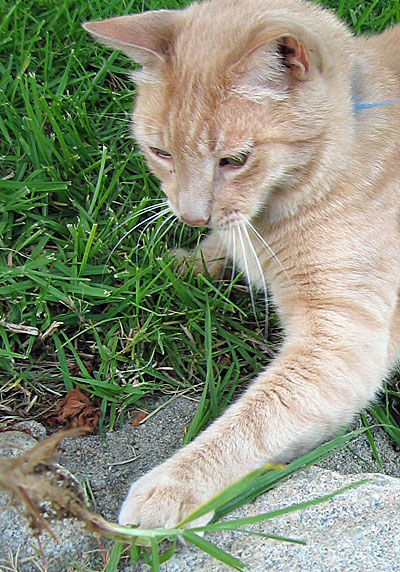 The weed is dead. Jeff’s satisfaction is evident.