Recently Jeff’s evening routine has included a nap in the bathroom. Following his dinner, he samples our dinners as usual, and then retires for a snooze on the bathmat. 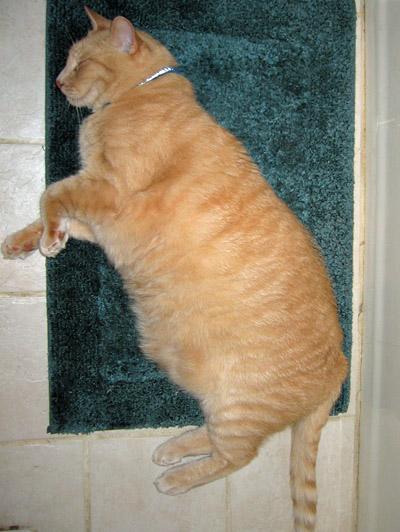 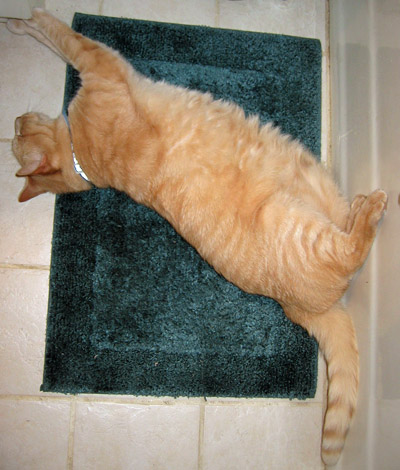 In the event someone needs a shower before bed, they must remember tread carefully when exiting because El Jefe will not be moving out of the way. 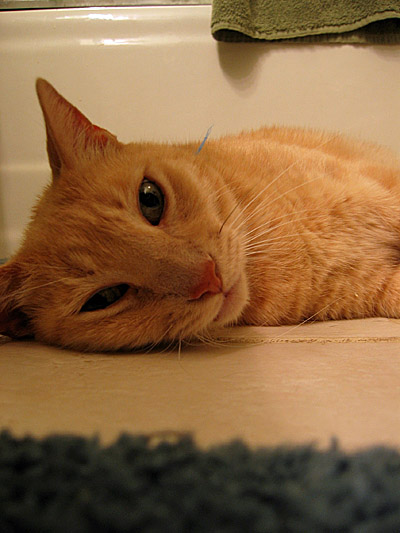 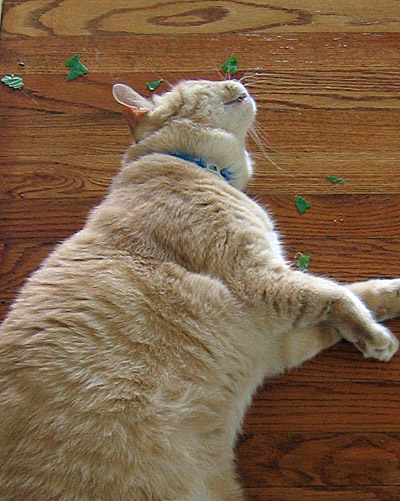 Jeff can eat a whole noodle faster than the dog. 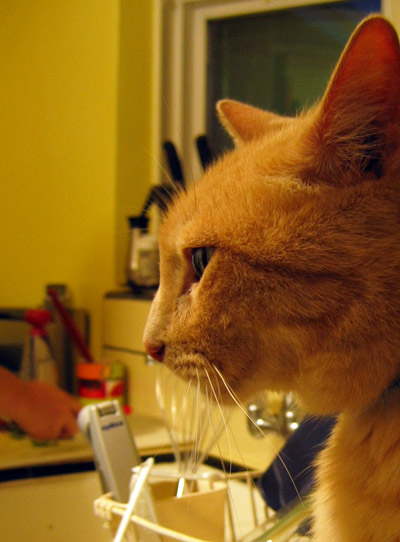 I see you are “cooking” over there. 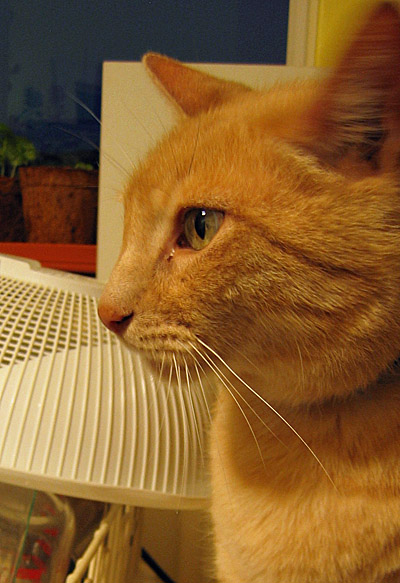 I have some significant concerns regarding your technique. In addition, that food does not appear to be designed for my consumption.

The Staff fell ill over the weekend, and in his grace and benevolence Jeff granted us a sick day. 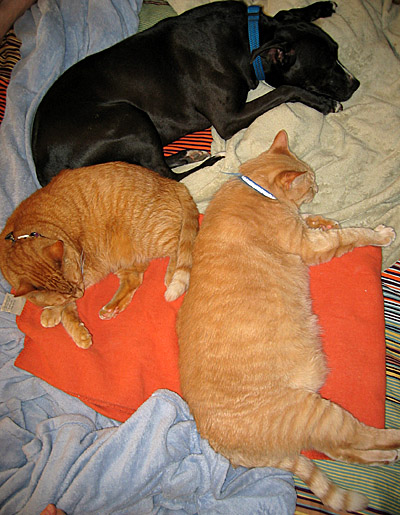 However, he and his housemate Rita followed our progress very closely. With the dog also in attendance, space in the sick bed became a bit tight. 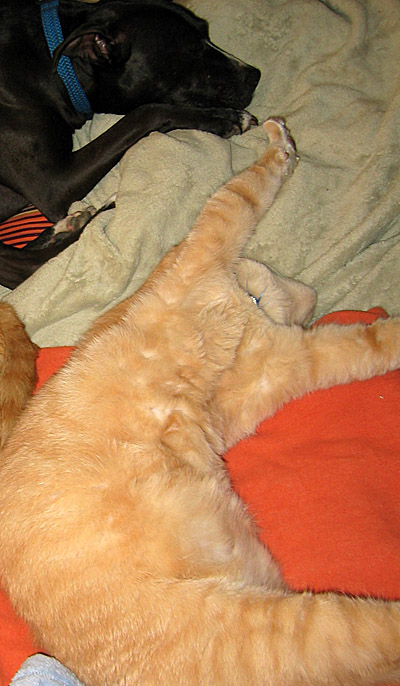 END_OF_DOCUMENT_TOKEN_TO_BE_REPLACED

The magic of Rainbow String draws a crowd.

Jeff’s housemate Norman likes to play too, but he waits his turn. 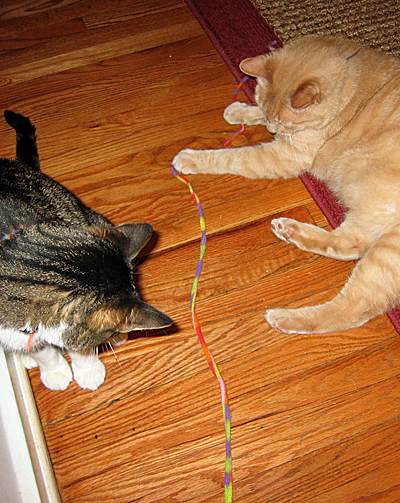