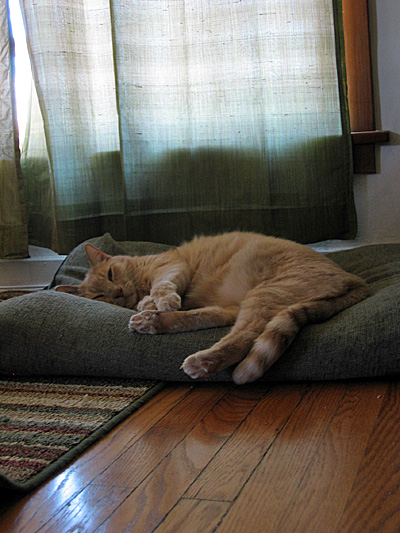 And as I am presently occupying this bed, I think it’s obvious that said bed is in fact mine.

Now that I think on this topic, I seem to recall that all beds are mine.

So I enjoy rolling about in the grass on a sunny day. Who doesn’t? 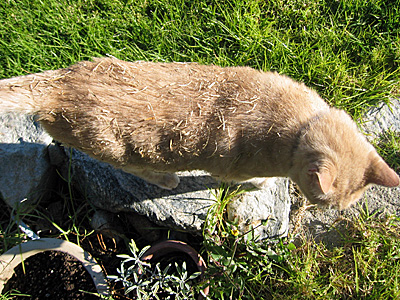 Then I can take a little bit of outside back in with me. As a bonus, I find this generates an amusing flurry of Staff activity. 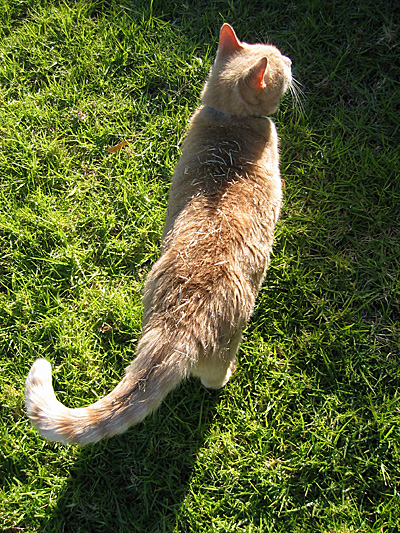 You should try it. 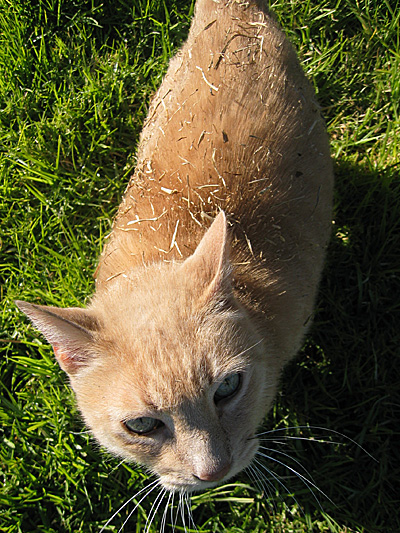 Staff’s computer is in the shop, so we will borrow some Interweb time to answer some mail.

Q: Since Jeff likes to hunt things, I was wondering if Staff had ever used a laser pointer with him. We (Max’s and Popo’ki’s personal staff) like to use one with them, and they chase it all over the house, up walls and under things. Or does Jeff’s hunting skills only get used with things with matter and mass? -Katie
A: Awhile back Staff did purchase a laser pointer toy. Jeff would chase it a bit, but he likes yarn/strings more. Rita, however, is a huge laser fan.

Q: How old is Jeff? -Norman (a person, not the cat)
A: Jeff’s previous staff (he fired them) thought he was around 9, which would make him around 10 now. That is what we put on his vet forms, since “age: the alpha and the omega” would just confuse the office personnel.