The fire has not advanced toward Jeff since yesterday, though it continues to grow and destroy.

Since smoke was light early this evening, due to extreme cabin fever Jeff got a few minutes out on the ash-powdered deck. He sat in his brown chair. 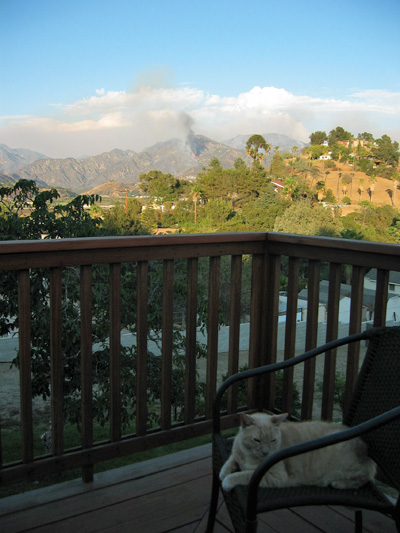 Staff tried to show him the fire, but Jeff remained unimpressed.

You might have heard tell of some fire issues in Jeff’s neighborhood. 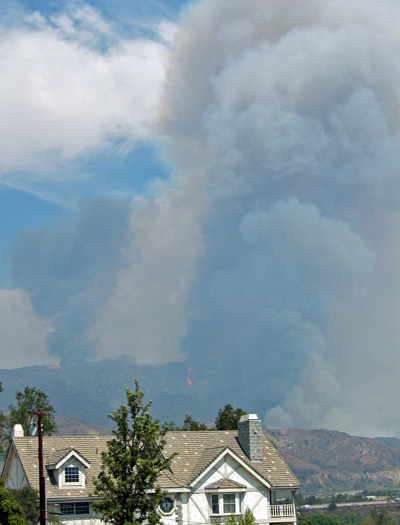 The Station Fire is causing a good deal of havoc in our area. We are not directly affected by the fire activity at this time, other than breathing lots of smoke.

Due to heat and smoke, Staff has been forced to deny the cats outside time. Allowed out briefly this morning, Jeff meowed unhappily at the smoke and then came inside.

The LA Times has been regularly updating this map of the fire area – above is a snapshot, click here to see the latest, interactive version.

So far Jeff is unimpressed. 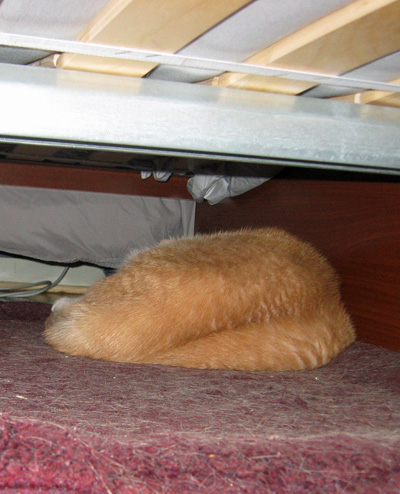 Rita loves to go in the towel closet in the bathroom. 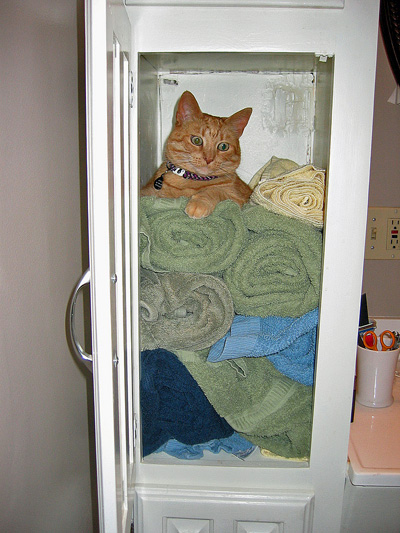 She demands the door be opened at least once daily. Then she sits contentedly atop the towels with no small amount of smugness.

But then one day, Staff found this: 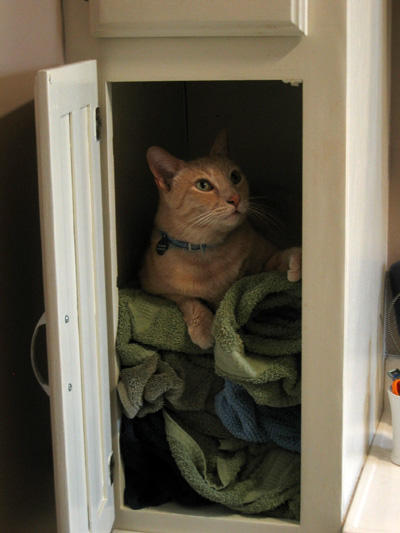 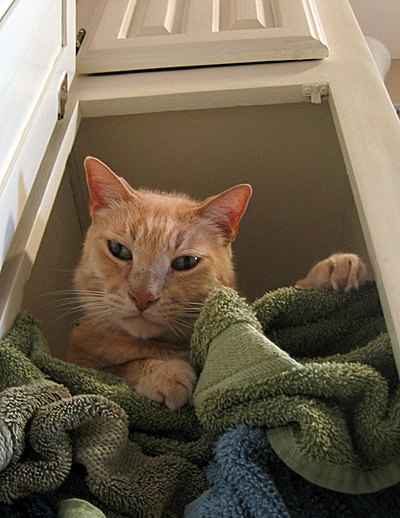 That isn’t Rita at all.

Jeff enjoys looking out the window. Unfortunately, most cat furniture and windowsills are not designed with a big-boned cat in mind. 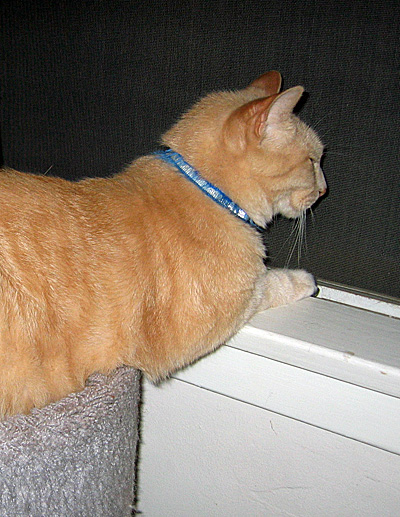 But as always, Jeff finds a way. 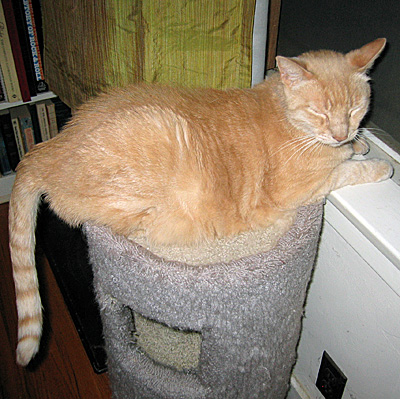 The warm weather seems to make all cats (and bobcats) shed mercilessly. 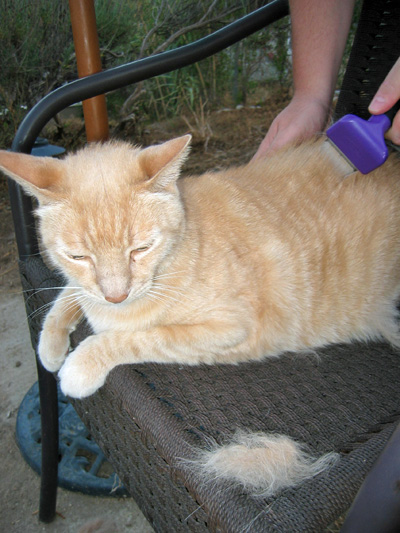 Staff furminates and furminates, but the fur just keeps coming off. 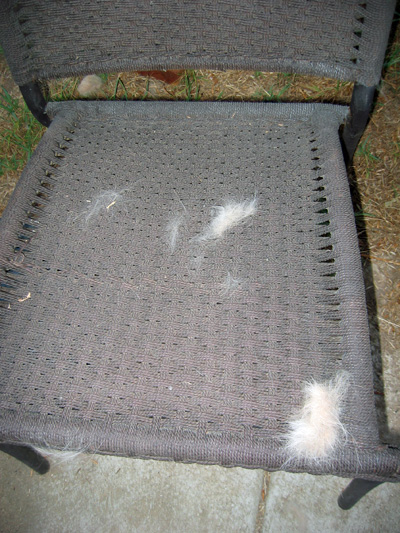 Staff likes to think furminating makes Jeff even more handsome, but really, we all know that is impossible. 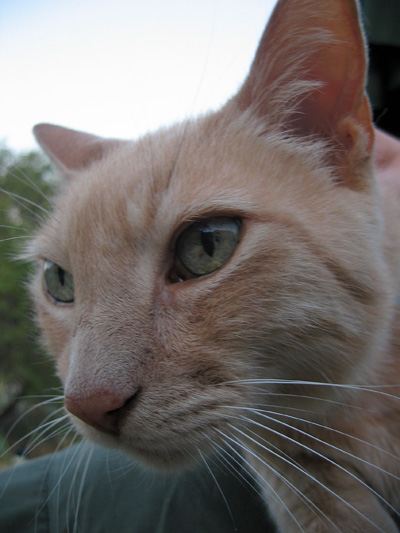