The Dog has been a bit picky with her food lately, so Staff picked up a few random cans at the pet store in hopes of enticing her. 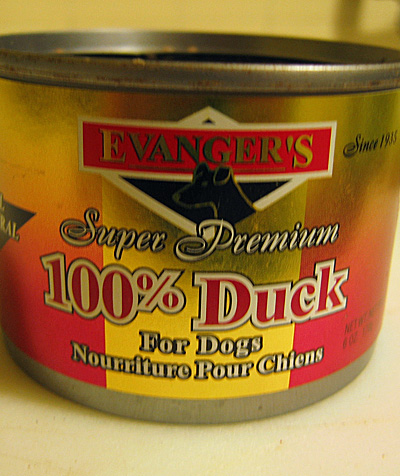 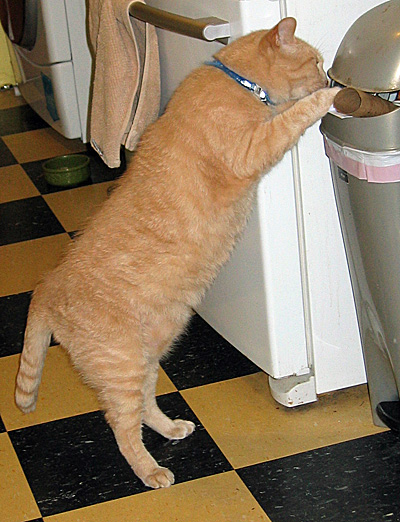 It was also a hit with Jeff, who sniffed through the kitchen like a bloodhound until he located the empty 100% Duck can in the recycle bin.

The 100% Duck can was pushed about the kitchen as Jeff extracted all remaining bits. 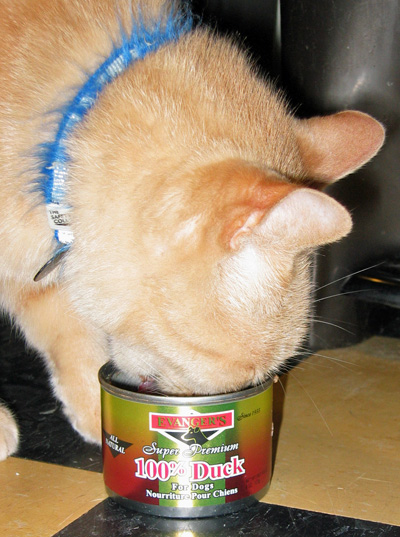