Once upon a time there was a beautiful cupcake. It was tasty red velvet cake with a thick layer of cream cheese frosting.

Staff was about to enjoy their luscious cupcake when suddenly – the Bobcat Monster appeared! Clearly he had caught the scent of cream cheese. 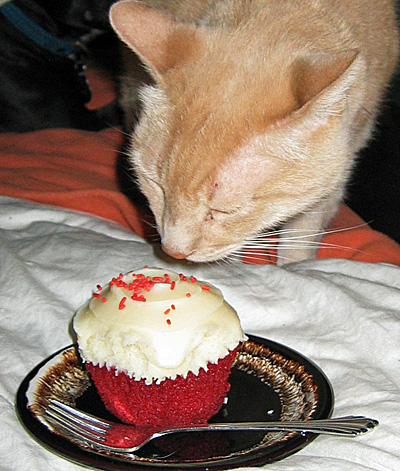 And then there was licking. 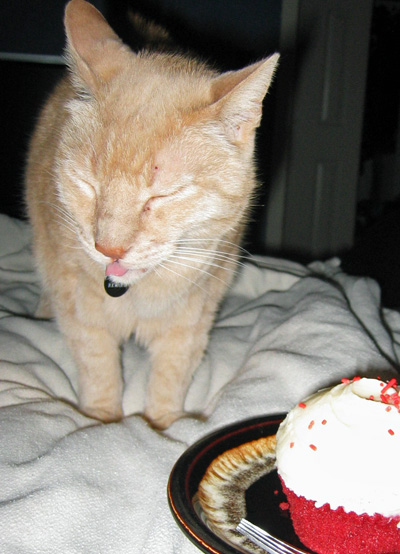