A stranger has been visiting Jeff’s yard.

Staff first thought The Stranger was a poor sad homeless kitty, and fed her. She is quite charming. 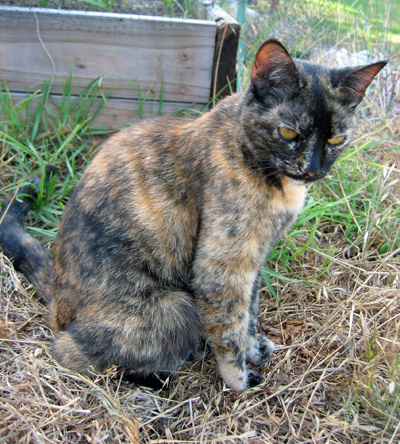 Jeff is most displeased by her. 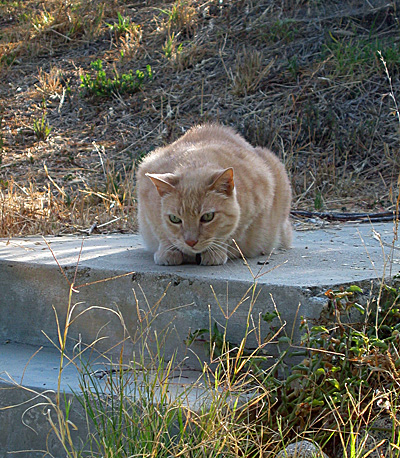 Turns out The Stranger misled Staff. In fact she has a lovely home a few houses away. Apparently she just likes to visit – and be quite charming. 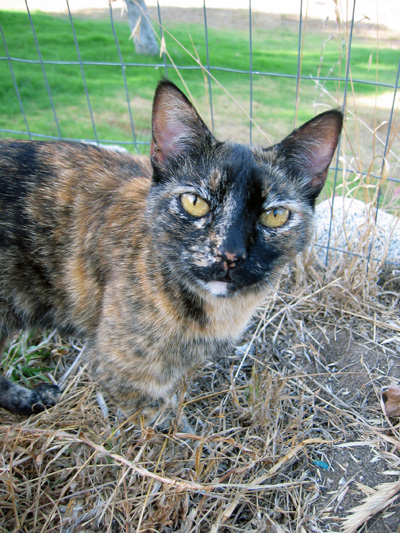 Jeff monitors her movements about the yard. If she gets too close, there is hissing. 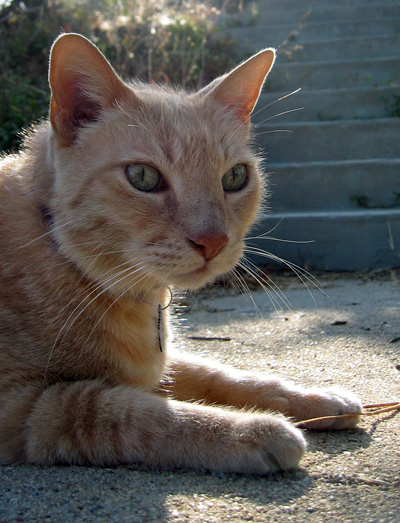 Then she hops up a tree, jumps down over the fence, and strolls off to her next stop. 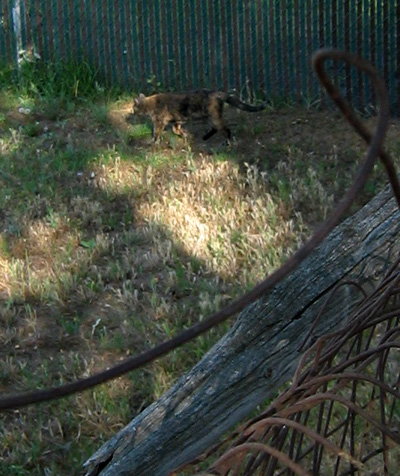 It is a big yard – but Jeff is not much for sharing.