The Dog has a bit of arthritis, so Staff took her to the pet store and she picked out the biggest, squishiest bed they had.

It is known as The Marshmallow. 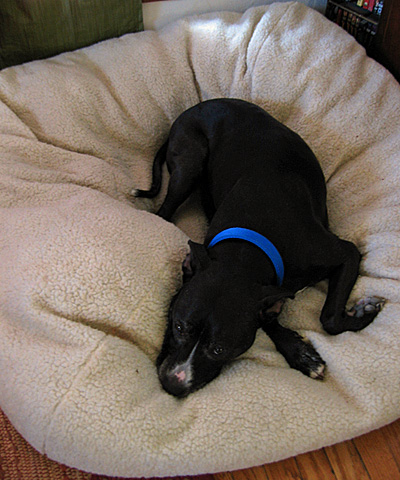 All household non-humans love The Marshmallow. 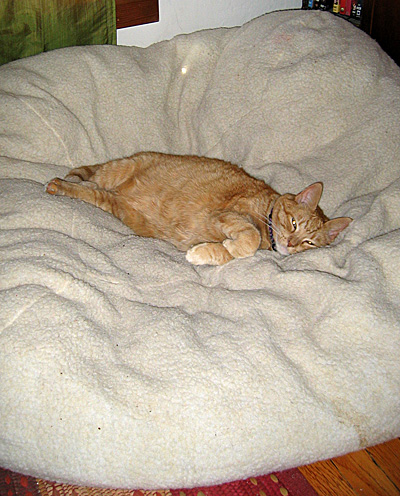 Jeff is an especially big fan. 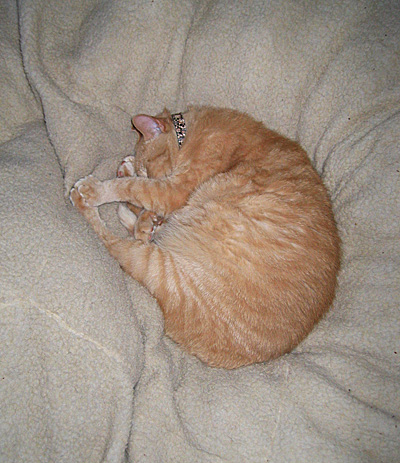 In his magnanimity, Jeff even shares. 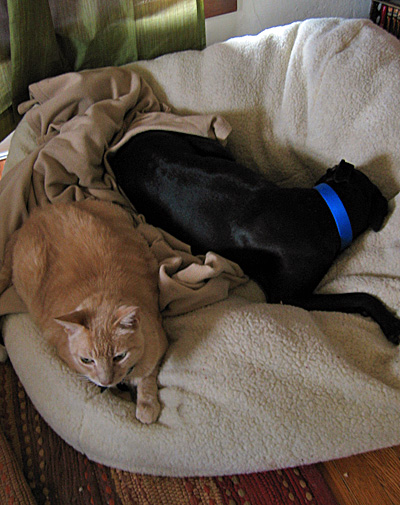 Today was a cool day, overcast and gray. Below 70 degrees!

But earlier in the week Jeff could be found on his tower in the morning, catching some rays. 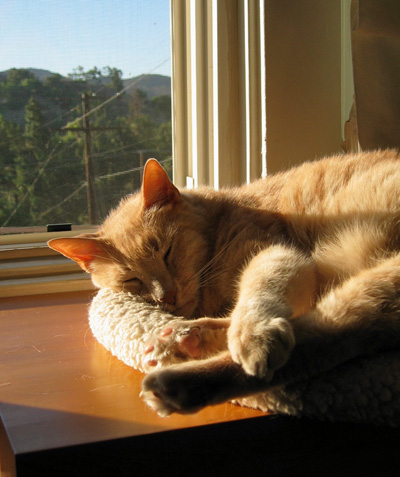 Staff made beer can chicken again.

Staff gave Jeff some beer can chicken. However, Jeff stealthily disappeared and then Staff heard an odd sound in the kitchen. 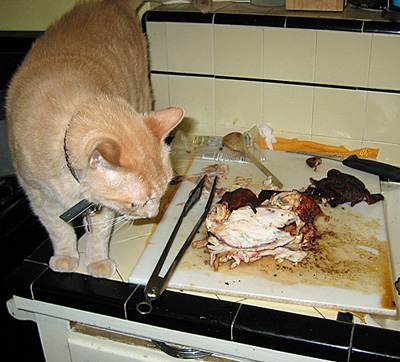 All your chicken is belong to Jeff.