One afternoon Jeff found himself a pleasant spot in the sunshine. 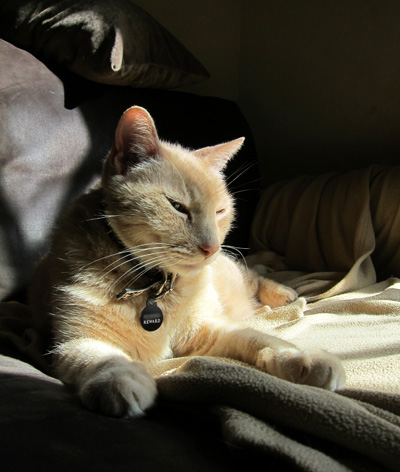 Suddenly, someone else wanted some sunshine too. That someone would not be taking no for an answer. Not that she asked. 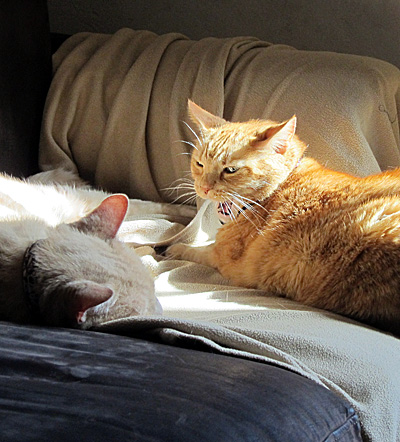 A truce was reached, and the sunshine was shared.

Eventually, a cooperative symbiosis was formed. 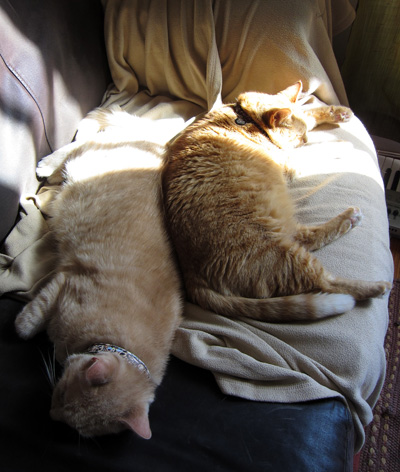 Then someone else appeared with hopes of sunshine and friendship.

Jeff likes to eat. He eats many foods that would not seem cat-appropriate: salad, spaghetti, pumpkin pie, french fries . . .

However, Staff has finally stumbled upon an item that Jeff does not want to eat. Despite his refined palate, it turns out Jeff is quite opposed to saffron. 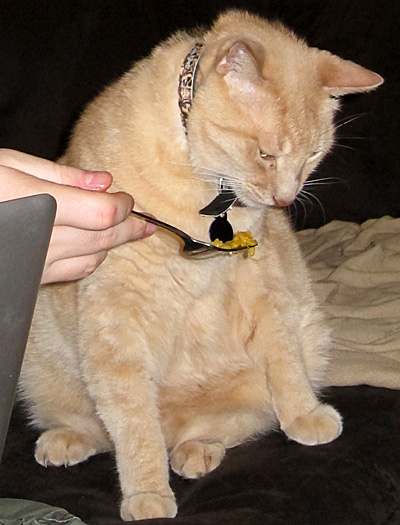 Staff made Spanish rice with saffron. Jeff approached for his usual human dinner sampling. Jeff did not want.