Since Norman has been gone, Jeff and Rita’s relationship has evolved.

Before, Rita would complain verbally or even throw a punch when Jeff got too close to her. Jeff was mostly oblivious. 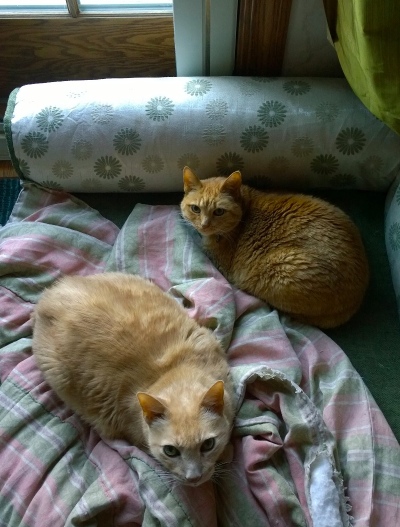 Now, however, they have entered a new frontier of togetherness.

Norman’s necropsy indicated cardiomyopathy. Since he presented as healthy and had none of the signs/symptoms, there was no way of knowing. Apparently asymptomatic cardiomyopathy in cats is unusual but not unheard of.